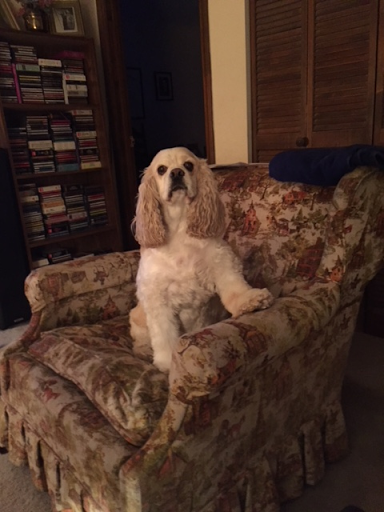 Most Saturdays I drive in to the nearby town to do my weekly grocery shopping at the local Food Lion. As I go in I sometimes tune my radio to the local NPR station and catch a bit of the programming. It’s about the only time I listen to public radio—as a general rule I can only take NPR in bits and small doses. Its programs tend to be outrageously “woke” and condescending to those of us out in the hinterland, anyone mired in a traditional lifestyle who might have voted for Donald Trump and who doesn’t share the latest hip views spouted by the featured guests.

This past Saturday as I listened to “Wait! Wait! Don’t Tell Me,” which advertises itself as a quiz program, the panelists began with an especially noxious and vicious attack not just on Trump, but also on anyone and everyone who possibly supported him. It wasn’t just the normal invective which I have come to expect from America’s taxpayer-supported public radio system; it conveyed a certain and real venom and dripping hatred that surpassed all previous times I had heard the program.

You would think that with the Donald now outside of government, and now impeached twice with even leading Republicans (e.g., Mitch McConnell) solemnly and dourly condemning him as if we needed somehow to reconvene the Nuremburg Trials, that the invective would lessen. But no; it was even worse this Saturday, on steroids, as it were.

It betrayed, I think, just how nervous and fearful our elites in entertainment, the media, politics, and in corporate America still are, not just of Trump, but of what was arguably his major accomplishment while at 1600 Pennsylvania Avenue. Although not successful in some of his promised reforms, he actually, perhaps unwittingly, tore the mask off of the “deep state” managerial elite establishment which has increasingly exerted almost inexorable control over every aspect of our lives.  Their grimacing and barbaric faces were revealed, their foul activities and crass manipulation of nearly everything exposed as never before.

That was an unforgivable sin, and as such only a stake through the heart of the man responsible would suffice, and, likewise, that stake must also be driven into the hearts of all those who partake in what one CNN pundit called “the Trump cult.” Thus the calls from prominent Democrats and media personalities for something resembling a “ministry of truth” or massive “re-education” programs (i.e., modern Gulags?) for those who dissent from the new “reality” proclaimed—and enforced—by our elites.

Have those folks not read Orwell? Or, maybe they did…?

It would be easy to dismiss such calls as outliers or isolated demands, but they are uttered in all seriousness by significant and powerful voices on the Left. And the Harris-Biden administration, ever sensitive to the demands of its progressivist wing, now evokes the language of “equity,” which carries the ideologically-armed language of “racism” and “white privilege” much farther than anything envisaged even a few years ago, as my friend Dr. Paul Gottfried pointed out recently (January 26) in his essay “Multiracial Whiteness Is the Latest Leftist Branding Iron,” at American Greatness.

Whites are now informed that they are guilty of the sin of “white supremacy” and racism until they prove their innocence. Indeed, being white may mean that one can never really prove his innocence, that the sin may be ineradicable. Thus those multiple examples of white “woke” academics—mostly women—who have tried to actually change their race and pretend that they were black (e.g., Rachel Dolezal), and thus escape the horrible onus of whiteness.

This feverish anti-white hysteria pervades our educational institutions with a vengeance.  Nothing is sacred, nothing is off limits. Already we know that standard English is a “white construct” and therefore must be abandoned. Teachers can no longer grade a student for what once was considered bad or faulty English or grammar. We are told that the works of William Shakespeare are shot through with racist imagery and must be purged if employed in the classroom, if not banned outright. In England there are calls to purge Winston Churchill’s name from institutions and monuments—he was both a colonialist and a racist.

Two recent instances of this frenzied cultural barbarism—and eventual cultural genocide—should come as no surprise, but I must admit that I was not ready for them.

First, a new mathematics guide sent out to teachers in Oregon by the state Department of Education declares that traditional math, you know the kind that states unequivocally that “2 plus 2 = 4,” projects a form of white supremacy. Titled “A Pathway to Equitable Math Instruction,” the 82-page instructional guide lists the ways that this is perpetrated in the classroom:

“White supremacy culture infiltrates math classrooms in everyday teacher actions….Coupled with the beliefs that underlie these actions, they perpetuate educational harm on Black, Latinx, and multilingual students, denying them full access to the world of mathematics….”

The guide offers a year-long framework for “deconstructing racism in mathematics,” and calls for “visibilizing [sic] the toxic characteristics of white supremacy culture with respect to math.” Examples of this racist toxicity “include asking students to show their work, focusing on getting the right answer, tracking student success, and grading students.” No longer should a teacher ask a student to show his work—no longer is an answer to be considered “right” or “wrong,” as such responses only reinforce “paternalism” and the “worship of the written word,” more signs of the oppressive white culture.

Well, math was never my best subject in school—I wish those guidelines had been around fifty years ago when I was taking algebra! I might have gotten an “A” instead of “C’s”—Oh, wait, under that system there would be no grades. Darn it!

The second example has to be read and reread carefully to be believed. It seems that loving your dog, protecting him and allowing him to sleep inside is an act of white privilege and racism. According to Katja Guenther,  Associate Professor of Gender and Sexuality Studies at the University of California, Riverside (where else?), in her new book The Lives and Deaths of Shelter Animals:

“…allowing dogs to sleep inside is a privilege reserved for the white and wealthy and that policies against keeping dogs chained up in backyards are intended to oppress people of color by imposing ‘middle-class norms of animal keeping in which companion animals are considered family and treated accordingly,’ which ignore the fact that people of color ‘are themselves trapped in poverty, may have few options for legitimate income generation and possibly rely on their dogs for … status’.

Additionally, the good professor argues that laws against canine mistreatment discriminate against “anyone in the US other than white, middle class and upper-class individuals.”

And I can do Professor Guenther one better: not only does my cocker spaniel, Jasper, sleep inside—a clear indication that I am guilty of white privilege—but since reading that report I have noticed that little Jasper, who is white, also projects all the tell-tale signs of white supremacy; he insists on being the boss over all the neighborhood dogs (especially those of a darker hue) and has a patriarchal attitude towards them. Most egregiously, he only eats prepared Cesar Prime Rib and Filet Mignon, and barks ferociously if I don't provide it for him at the appointed dinner hour.  I must be at his beck-and-call at all times, or face unwanted and undesirable deposits in my hallway!  Alas, perhaps some "woke" researcher should do a government-financed study on "Canine racism"?

And what about cats? I would think they are even more stained by privilege and racism.

Where all this madness and insanity ends—most of it supported by taxpayers and government largesse—I won’t hazard a guess.

But I will admit that I exult in my blatant canine paternalism and, as the saying goes, if this be racism, I damn well will make the most of it!