MY CORNER by Boyd Cathey


Recently, an acquaintance asked me if I had seen any of youngish “conservative” Ben Shapiro’s supposed “take down” of the Left at UC-Berkeley. I responded that “Ben Shapiro gives me indigestion!” Well, you could of heard a pin drop—the expression on my friend’s face was one of stunned amazement. “How do you figure that?” he exclaimed, half in wonderment, half in disbelief.  And my reply was that Shapiro was, and I will quote what I remember saying, “a self-important pseudo-conservative who believes he is brilliant and knows it all, but whose essential credo and eventual goals are parallel and symmetrical to those of his so-called leftist opponents.”


I didn’t have that much time to elaborate, but I did explain that Shapiro, like Guy Benson, Marc Thiessen, Jonah Goldberg, and others like them (who show up regularly on Fox) were second-generation (or even third-generation) “neoconservatives” whose staunch belief in egalitarianism, globalism, and “moderate feminism,” invalidated and negated most of the supposed “good” that they did in their shadow boxing with the far Left. I mentioned the case of Marc Thiessen, a speechwriter for former President George W. Bush, who had zealously supported the election of globalist, open borders candidate Emmanuel Macron in the recent French national elections because, he said, Macron’s opponent, Marine Le Pen, “represents a return to the old-fashioned right wing belief in nationalism and is a danger to world integration.”


I mentioned Goldberg’s recent speech (televised by C-SPAN) to the Young America’s Foundation (supposedly “conservative” youth), fueled by his admission that he had just smoked some marijuana prior to giving it—a speech in which he criticized the “ultra-rightist, nationalist, and populist” beliefs of President Trump, and, huffily, stated that he and others like him wanted to “preserve Conservatism” from the influence of all those rednecky types out in rural West Virginia or in Alabama.


Shapiro was a rabid NeverTrumper all through 2016. In an (in)famous interview given to the leftist webzine, Salon.com, on November 23 after the election —people like Shapiro always like to ingratiate themselves with influential Leftist bigwigs for “acceptance”—he let all his anti-Trump animus out. Most of the interview he spent bashing the “Alt-Right,” Steve Bannon, and anyone else advising Donald Trump to actually implement his American First agenda.


The Alt-Right was his punching bag mostly. It, he declared,


And, he pronounced ex cathedra, that belief is “racist,” adding that that belief “has nothing to do with the Declaration of Independence,” which for Shapiro, like other Neocons, is a basic “charter of universal rights and universal equality applicable everywhere and for everyone.” America, you see, is some mystical and misty “idea,” a “proposition,” as if God Himself had come down and, like the Ten Commandments, inscribed it on a tablet and in the minds of the Founders.


Those “Alt-Right” folks, he continued, have made common cause with the “paleo-conservatives”—the older, “nativist” conservatives—“like Pat Buchanan and other folks of that ilk.”  And finally, he suggested: “More than anything, Trump is willing to pay heed to and wink at anybody who provides him even a shred of good coverage.”  That is, according to Shapiro, those “right wing extremists” who have been latching onto Trump:


“I don’t think that Trump [himself] is particularly racist. I think he’s an ignoramus. I think that more than anything, Trump is willing to pay heed to and wink at anybody who provides him even a shred of good coverage. So if the alt-right, which worships at the altar of Trump—if they provide him good coverage, he’s willing to wink and nod at them and not wreck them.”


Like the Republican “amnesty” crowd, now reappearing in not-so-obscured “open borders drag” with a new amnesty bill introduced by culture traitors Senators Thom Tillis (R-NC ) and James Lankford (R-Okla), Shapiro says certain things on occasion to appease his conservative viewers or the readers of his Daily Wire webzine, but his essential core is always moving Left. And his dislike and disdain for that “ruffian,” that “uncouth interloper” Trump who refuses to acknowledge the insufferably snooty and kleptocratic “conservative establishment” (of which he is a self-promoted part) and its “rules,” is never far from the surface.


Trump is—Shapiro is aghast—for Americans, that is, for native, tax paying citizens, mostly white, largely Southern, Mid-Western, and Western, you know, those folks who raise traditional families, who work sometimes ten hours a day and who attend traditional Christian churches and who are suspicious of foreigners, especially when they sneak into the country and take jobs away from citizens and dramatically alter our culture.


For him a rainbow America is the future and we should welcome it with open arms.


Again, from his interview, just to take Donald Trump down a peg or two and remind him and those who voted for him, he adds:


“…people are taking it like Trump won this big, broad victory; Trump lost the popular vote by over 1 million votes, and he won by very, very narrow margins in places like Wisconsin, Michigan, and Florida. And the fact is that when all is said and done, the groups that are growing demographically in the United States are minorities, women, young people—millennials will be 40 percent of the voting population in 2020. And so if you’re banking on this ever-shrinking group, the alt-right, in order to put you over the top, that seems like bad politics. It’s alienating politics; it’s not something that’s going to help.”


“I understand why people are concerned about Trump being president; I’m concerned about Trump being president. I think that it’s up to everybody to hold him accountable. But if you’re asking what’s going to impact policy? As I said to Charles Blow on CNN…wait until he’s using the White House to do business for Trump Inc. Look at what his people want. And I’m not talking about the alt-right; the alt-right is going to back him no matter what. I’m talking about the traditional Republican voter who wants to see him do certain things. Watch where he commits a heresy....”


Another Neocon, Dana Perino, a true believing “Bushie” from the George W. days, likes to have Shapiro on her Fox News program. The other night Shapiro, while berating the president for his remarks on the NFL, wore his Yarmulke on the air; he likes to boast that he is the nation’s leading target for anti-semitic slurs, even citing the Anti-Defamation League’s dubious statistics that put him near the top.


Yet, what comes through each time I hear his cloyingly whiny voice is not so much his exaggerated persecution complex, but what an acute writer has called the voice of a “mini-con,” a “big Con(servative)” wannabe who has more or less figured out that he must climb the greasy ideological pole to “conservative movement” stardom, but still must compete with others—the Guy Bensons, the Thiessens, the pot-smoking Goldberg, and all those other second and third generation Neocons who are thrashing about in the weeds, seeking fame while ingratiating themselves at Washington and New York cocktail parties with their supposed opponents on the Left who will still control the narrative and most of the goodies of fame and fortune.


Like them he enjoys flaunting his vaunted “knowledge” and his debating skills. But he remains a “whiny-con.” In short, Ben Shapiro is—how shall I say it?—a turd.
at September 27, 2017 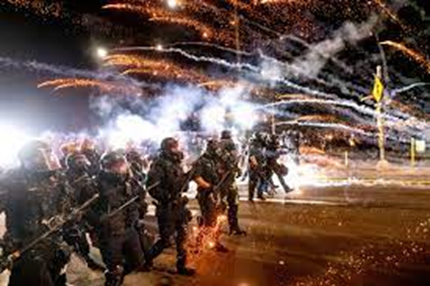