RUSSIA--AND ITS PRESIDENT--Celebrate the Anniversary of 1,030 years of the Christian Founding of Russia and Its Christian Identity

But We Are Supposed to Hate Putin and His Country  as "Evil" and "Our Major Enemy" in the World?

Sometimes a picture, as they say, is worth a thousand words. Over the past several years I have written quite a bit about what has been occurring in Russia since the ignominious fall of Communism in August 1991. And I have, in large part, defended post-Communist Russia and its president against the near insanity--the unhinged spasm of fanaticism--that seems to infect and possess much of American political opinion and popular culture on the topic. It is an infection affecting both political parties (for some different reasons) and influencing the spectrum of views from the fanatical Left to the Russophobic lunatics of the Neoconservative right who rant and rave on talk radio (e.g. Beck, and even Rush) and on Fox (save for Tucker Carlson).
That is not to say that all Russian policies and actions are above criticism, nor that its president is a new Christian knight in shining armor. Indeed, the Russians are rivals and, in some ways, competitors. But, so are, in other ways, Great Britain, Saudi Arabia, and, even more ominously, the Peoples' Republic of China--which, by far, expended more funds to shape our past national elections, and which, by far, has more influence and control of both American politics and the American economy.
Concerning Russia, let me suggest this is not just wishful thinking on my part.  Prior to August 1991 there was no fiercer anti-Communist, even anti-Russian, in fact, than I. In several introductions to a book, The Conservative Perspective: The View from North Carolina (1987), I wrote about "victory over Communism," and at various times before that date I recalled the lessons of ex-Communist Whitaker Chambers, Arthur Koestler, and the moving accounts of Alexander Solzhenitsyn...and his warning to the West about Soviet-style totalitarianism and mind-control. Indeed, I became a defender of the much-maligned Senator Joseph McCarthy after the revelations produced by the release of the Venona Transcripts basically proved correct most of his charges of "Communist infiltration in the highest levels of our government."
As a college student I supported our efforts in Vietnam. Even in high school I wrote a senior paper on the war which still stands up fairly well. Although I did not serve (the war ended before my lottery number came up), I supported our troops, engaged in efforts to purchase medical supplies for them, and I participated in programs to assist returning war veterans.
When Reagan was elected and he went toe-to-toe with the Reds, I supported him. And I watched as he, Margaret Thatcher and Pope John Paul II--and an economic collapse--finally brought the commissars down.
The Soviets and world Communism were the "evil empire," and they needed to be opposed and defeated...soundly.
But that was then, and, despite the ideologically stained and tendentious "history" and "analysis" of most of our talking heads, pundits, and politicians on the loony left and on the Neoconservative right today, times and events have radically and verifiably changed since 1991. And the assumptions and narrative pushed by those proponents of a "new Cold War" are, even as arguments, not tenable and extremely dangerous.
In past essays and columns I have mentioned a number of well-researched and scholarly studies on post-Communist Russia and its leadership, including important works by Professors Allen Lynch,Vladimir Putin and Russian Statecraft; Michael Stuermer, Vladimir Putin and the Rise of Russia; M. S. King, The War Against Putin; and John Garrard, Russian Orthodoxy Resurgent: Faith and Power in the New Russia; and not to mention numerous investigations by writers such as former Reagan Assistant Secretary of the Treasury Dr. Paul Craig Roberts; Dr. Paul Robinson,  professor in the Graduate School of Public and International Affairs at the University of Ottawa; and Dr. Stephen Cohen, Professor of Russian Studies at Princeton (and a frequent guest on Tucker Carlson's program).

Today I simply ask these questions: are Russia and Vladimir Putin the country and man we are supposed to hate as our major geopolitical enemies, as evil incarnate, that will, even given half a chance, extinguish all freedom and liberty  and "democratic values" from the face of the world over? Are they the man and the country we must make our number one foe, up to the point--if we follow Senators Lindsey Graham and John McCain--of going to war? Are they the man and country that threaten "our vital national interests"?  Does Russia have troops stationed on our southern borders, along the Rio Grande, threatening us (as we have troops stationed along Russia's thousand mile border with the rest of Europe threatening them)? Is Russia a country--with its economy the size of Italy's--that threatens us economically?

If you believe any of this, let me interest you, as I have offered repeatedly in the past, in an oil well in my back yard that I can let you have on the cheap--say two million smackeroos?

Words and even casual research belie the ideologically warped--ideologically driven--ideologically "left"--narrative that now dominates in the United States, both among the Democrats and conservatives. It must be denounced for what it is.

So, without additional words, I pass the following largely unnoticed news item on to you. Can you name the last American president who declared publicly and boldly that "America is a Christian nation" and that "our nation is founded on the Christian faith"? Reagan got very close...but never quite as bold....Eisenhower, yes, but even sixty years ago such sentiments were in retreat.  If you answered Calvin Coolidge, then you answered most correctly...but most of the folks born during his presidency are now at Montlawn Memorial Park.

Putin: "Christianity is the Foundation of Russian Nationhood and Cultural Identity" 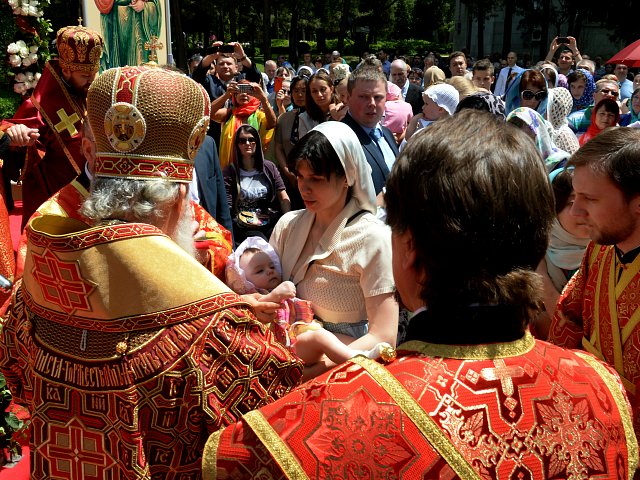 President Putin’s comments came Saturday in a ceremony marking the 1,030th anniversary of the adoption of Christianity by Prince Vladimir, the leader of Kievan Rus, a loose federation of Slavic tribes that preceded the Russian state.
Speaking to thousands of clergy and believers at a huge statue of the prince outside the Kremlin, Putin said adopting Christianity was “the starting point for the formation and development of Russian statehood, the true spiritual birth of our ancestors, the determination of their identity, and the flowering of national culture and education.” 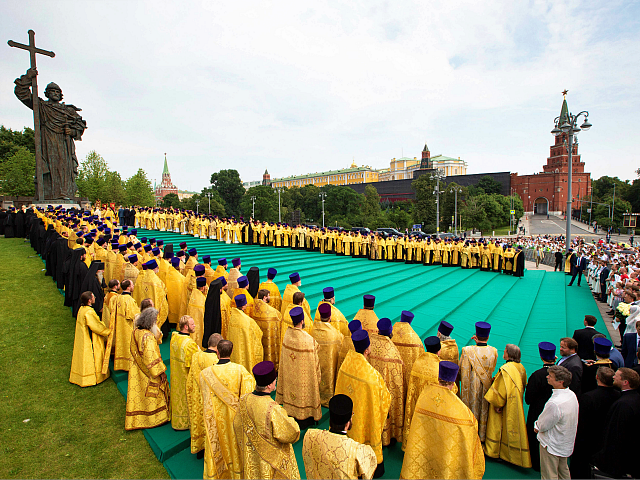 Orthodox believers and priests attend a ceremony marking the 1030th anniversary of the adoption of Christianity by Prince Vladimir, the leader of Kievan Rus, a loose federation of Slavic tribes that preceded the Russian state, in Moscow on July 28, 2018. (ALEXANDER ZEMLIANICHENKO/AFP/Getty Images) 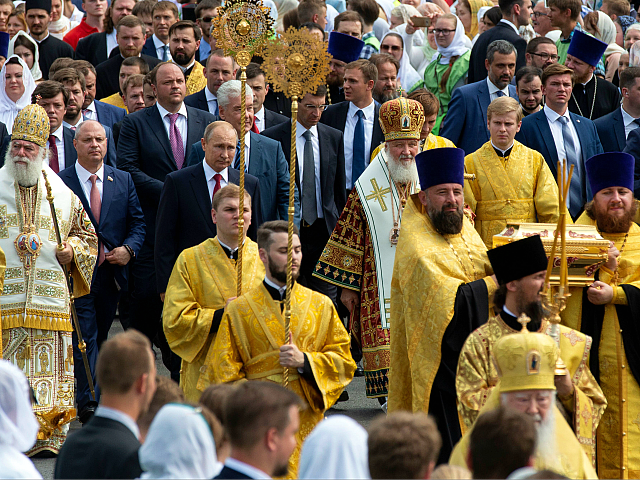 Russian President Vladimir Putin (centre L) and Orthodox Patriarch Kirill (centre R) attend a ceremony marking the 1030th anniversary of the adoption of Christianity by Prince Vladimir, the leader of Kievan Rus, a loose federation of Slavic tribes that preceded the Russian state, in Moscow on July 28, 2018. (ALEXANDER ZEMLIANICHENKO/AFP/Getty Images)