The Federalist, Abraham Lincoln, and the Misinterpretation of American History

The Federalist online magazine has a problem. It’s a condition that characterizes and infects almost the entirety of the present national conservative media.

This hit home for me on May 31, in an essay by Leslie McAdoo Gordon. Founded in 2013 by Ben Domenech, thefederalist.com it is not connected to The Federalist Society for Law and Public Policy Studies, which is composed of conservatives and libertarians dedicated to reforming the current legal order.

I read thefederalist.com Webzine almost every day, and occasionally it is the source for items of value and good information. But Gordon’s ill-informed attack on Confederate iconography was not one of them.

Peddled as a defense of retaining “Antietam” as the name of an American naval vessel, she begins her piece: “There is a move these days to revisit our monuments and the names we choose to publicly honor. This movement is good and just. It is a sign of our mature democracy that we can choose to stop honoring things that do not reflect our American ideals and celebrate those that do,” including rejecting anything related to the Confederacy.

Honoring and celebrating the history and symbols of the old South, once a common occurrence in the pages of the conservative quarterly Modern Age or in National Review, are now verboten, beyond the pale. General Robert E. Lee, praised by President Eisenhower in 1960 as “one of the supremely gifted men produced by our Nation...noble as a leader and as a man, and unsullied as I read the pages of our history,” is now exiled from the conservative pantheon, as is anything memorializing or commemorating Confederate heroes and iconography. Lee, Stonewall Jackson, Colonel John “the Gray Ghost” Mosby, General Nathan Bedford Forrest—are now canceled, their monuments ingloriously pulled down, and their exploits stricken from textbooks, or worse, treated like depredations of Nazi fanatics.

Like most established conservative media organizations, thefederalist.com appears to be part of what Paul Gottfried calls “ConInc.,” that is, the stagnated national conservative bureaucracy, centered in Washington DC, dominated by Neoconservatives, and more concerned about not rocking the boat too much so as not to be attacked by the frenzied Left as “racist” or protecting “white supremacy”—or perhaps being taken off the A-List of invitees to posh DC social events and soirees.

Perhaps the worst thing is to be a traditional or paleo- conservative type, most especially a representative of Southern traditionalism like the late Mel Bradford (who was unceremoniously dropped from National Review and whose nomination to head the National Endowment for the Humanities was torpedoed by the Neoconservatives) or Dr. Clyde Wilson (the world’s greatest authority on John C. Calhoun).

Now, whether hurled at us every night by Fox News, like bilge spewed from a broken drainage pipe, or screaming at us from the scurrilous pens of a Victor David Hanson, Rich Lowry, or Brian Kilmeade, our new icons to whom we must pay obsequious homage are Abraham Lincoln, Martin Luther King, and Frederick Douglass. I would argue strenuously that none of these personalities was a real conservative; indeed, I would suggest that they were revolutionaries who assisted in corrupting our original Constitution. An older generation of conservatives—a Russell Kirk, a Stephen Tonsor, a Peter Stanlis—understood this.

Gordon’s essay  of Memorial Day shows up in thefederalist.com’s daily assortment of essays where she is eager to present what she asserts is the “correct” interpretation of what battles like Antietam (AKA “Sharpsburg”) and Gettysburg were all about, what they mean. They “seared into the nation’s consciousness the immense human sacrifice her people were offering on the altars of union and universal freedom. Make no mistake, these Union soldiers died ‘to make men free’.” And then quoting from the ballad, “The Battle Cry of Freedom,” she ends with a flourish: “The people of the Union in the 1860s knew well what Antietam stood for”: to free the slaves.

That proposition is false and demonstrates Gordon’s basic ignorance of both American history and Lincoln’s enunciated war goals. From the very beginning of the war he saw the conflict as a battle over the interpretation of the Constitution and states’ rights. He stated this forthrightly to Horace Greeley, of The New York Tribune, on August 22, 1862, only a few months before the “Emancipation Proclamation”:

As is abundantly clear from the press of the period, a large majority of Northerners would not have supported a “war to free the slaves.”  Lincoln knew that. The “Emancipation Proclamation” of January 1, 1863 only extended to states of the Confederacy not controlled by Federal arms. Thus, where it was intended to apply it could not free not a single slave, but it did not apply to the several Border slave states where it could have freed the slaves. It was, as Lincoln indirectly confirms, a propaganda measure, intended to buoy up sagging support for the war both internationally and among more abolition-minded citizens.

In more recent times especially the Neoconservatives and followers of academic Harry Jaffa have latched onto Lincoln’s “Gettysburg Address” (November 19, 1863), attempting essentially to amend by sleight-of-hand our understanding of the original Constitution and inserting a clause from the Declaration of Independence, via Lincoln, to the effect that “(f)our score and seven years ago our fathers brought forth on this continent, a new nation, conceived in Liberty, and dedicated to the proposition that all men are created equal.” In other words, 1776 was the real founding of the United States and that five little words define us, our history, and our goals as a people. It was a radical assertion greeted even at the time by many in the Northern press as “a perversion of history so flagrant that the extended charity cannot regard it as otherwise than willful.” It remains so today.

Leslie Gordon apparently accepts this fraudulent view of history. Ironically, in so doing, she like other Neocons who assert equality as America’s founding principle, places herself over with the progressivist vision of the country. For they also maintain that egalitarianism is the American “proposition,” the difference being that while establishment conservatives like Gordon believe we have substantially achieved the desired equality uttered in poetic terms in 1776 by what is basically a propaganda document stating American grievances against King George and the reasons for separation, the progressive Left sees equality as an always elusive goal, requiring continual government action to insure what is called “equity.”

The words recently written by David P. Goldman about such “conservatism” ring ever so true: “their ideology is a sort of right-wing Marxism,” with an origin philosophically in the not-so-distant past on the Trotskyite Left. And a movement based on what is essentially the same foundation as its supposed opposition is hobbled and fatally flawed from the beginning. It will always succumb to the greater logic and conviction of its progressivist enemies who will always out-promise and out-argue its votaries.

Such a movement has little room for defenders of a Lee or Calhoun and those who rejected the idea of a “proposition nation” and understood that the United States was not founded on an idea, but on the concrete reality of families who brought their traditions and beliefs with them to a new land, created a new country, and made it their own. 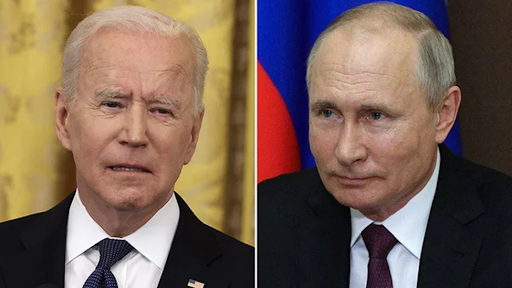